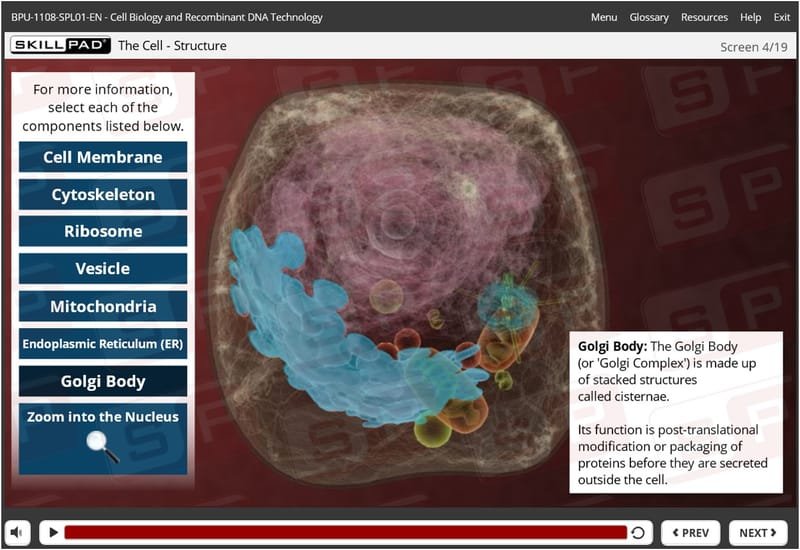 Lesson Code: BPU-1108 (PREMIUM LESSON) Following on from BPU-1100, this Lesson goes a level deeper in its explanation of cell biology and how cells can be manipulated to produce therapeutic proteins. An overview is provided of the functioning of mammalian cells, followed by an explanation of the roles played by DNA and RNA in producing proteins in cells. The steps involved in recombinant DNA technology are outlined, including DNA amplification, insertion of target genes into suitable vectors, before cell culturing is explained.

After completing this e-Lesson, you will be able to: