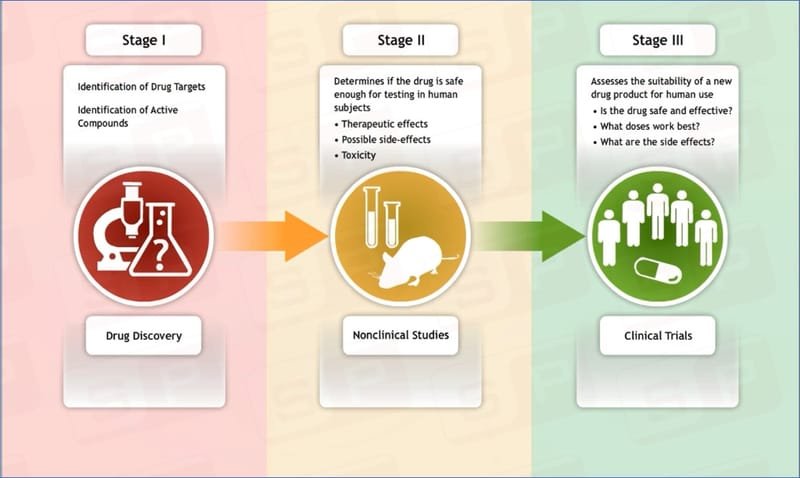 Lesson Code: CTM-900. Describes the most important characteristics of drug products and explains why the development and testing of new drug products must be regulated. It provides an overview of the drug development process and the various phases of clinical trials. It also introduces the concept of Good Clinical Practice (GCP). 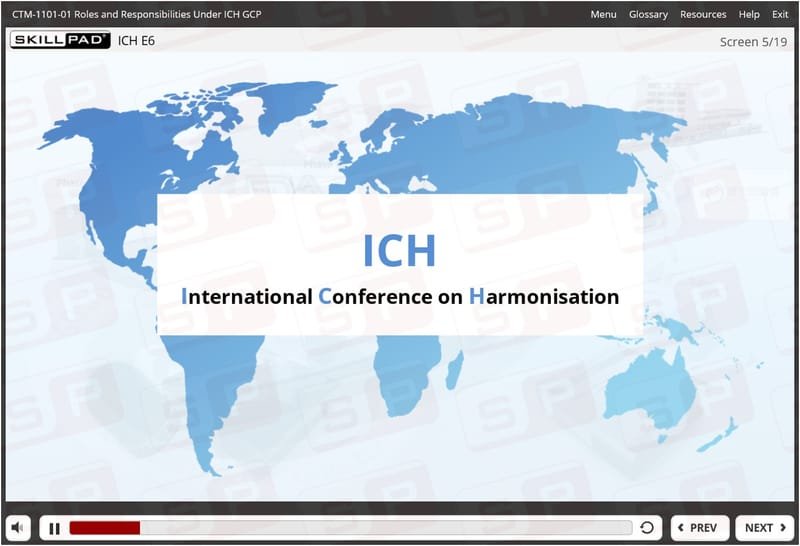 Roles and Responsibilities Under ICH GCP

Lesson Code: CTM-1101. Describes the roles and responsibilities of the different parties involved in initiating, conducting, and overseeing clinical trials according to ICH Good Clinical Practice. After explaining the need for ICH GCP, the module describes the part played by sponsors, investigators and IRB/IEC. The roles of other key contributors to the clinical trial process are also described. 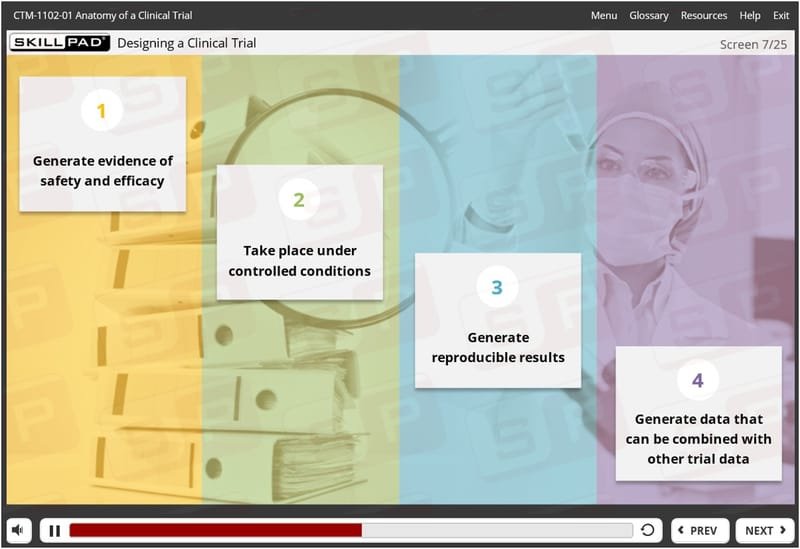 Anatomy of a Clinical Trial

Lesson Code: CTM-1102. Clinical trials are conducted to distinguish a drug’s effect from other influences in order to determine the safety and efficacy of that drug for a specific indication. This Lesson provides an overview of the structure and key activities of a clinical trial. It describes the trial process from the planning stages through to implementation and completion. The Lesson reviews key concepts and elements of clinical trial design and introduces basic trial design principles. 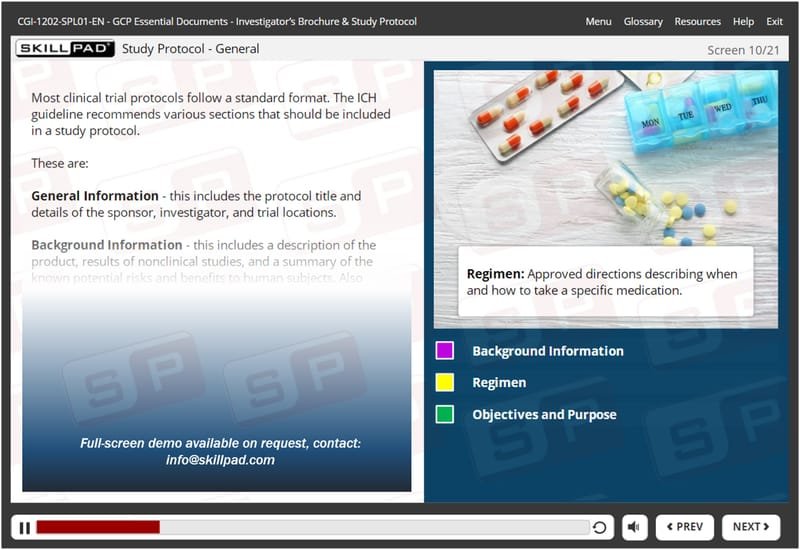 Lesson Code: CGI-1202. This Lesson is aimed at personnel in regulated industries who require an overview of two key documents used in a clinical trial - the Investigator's Brochure and the Study Protocol. The purpose of each document is described along with recommended sections for inclusion according to ICH E6 guidelines. 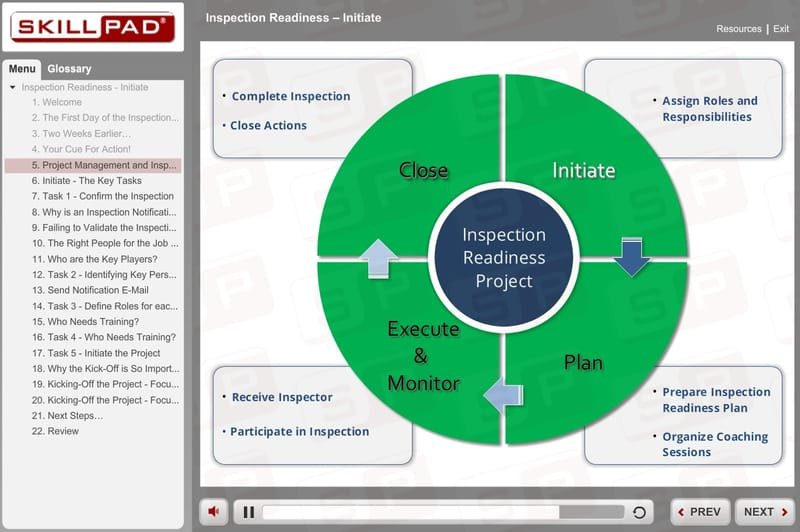 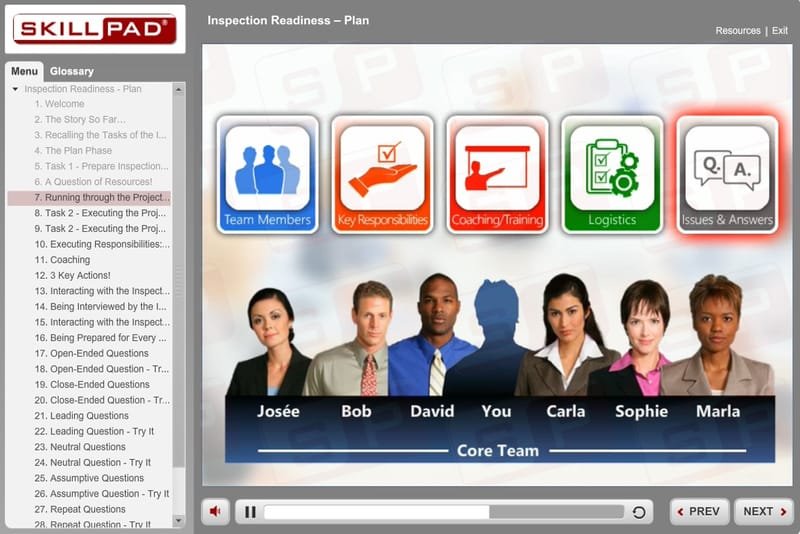 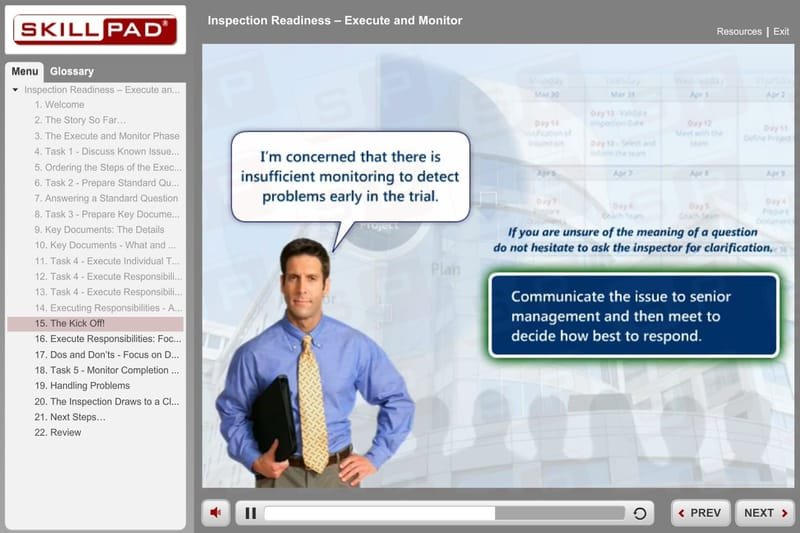 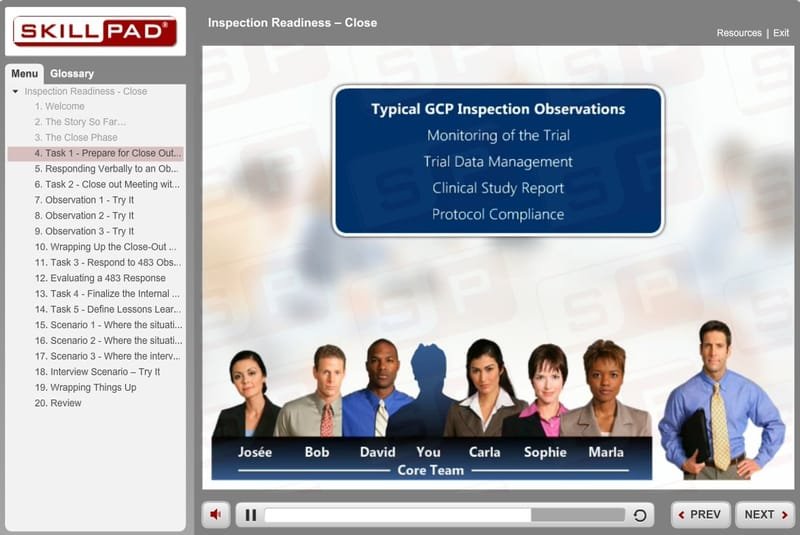